This practice-based course seeks to train and support high-performing creative young people who know how to approach problems innovatively and be a true asset to company.

Students unlock their entrepreneurship and leadership and become more work-ready. They gain a set of tools and mechanisms to help them cope with all aspects of leading and managing the innovation process - from identifying problems to implementing solutions. The training comprises these main units: creativity motivation, creativity skills, creativity attitudes, practical creativity (Five-Step Practical Creativity Framework), and creativity ethics.

Upon completion of the course, students receive a certificate which qualifies them to join our Creative Workforce Project, a programme that aims to place them into paid internships at leading companies and organisations.

To enrol, candidates will have to complete our creativity assessment test.

"We found the training uplifting and inspiring.  Our children came out brimming with enthusiasm, keen to share the exercises you covered, and to apply them in other settings. It was a great opportunity." #Dina

CEL is delivered currently online only

Why to join this course?

Modern organisations seek employees that are creative. The Members of the Confederation of British Industry reported that “first and foremost” they seek creative employees. ('Education and Skills' survey, Confederation of British Industry, 2016). "Only five hours of creativity training given to unemployed youth increase their employability rate fivefold,"   said the authority on creativity Dr Edward De Bono (De Bono, 'Why so stupid?' book, Blackhall, 2003).

Nine out of ten start-ups fail. Poor problem-solving skill, which relies on creativity, is one of the key reasons for this lack of success (E. Griffin, “Why startups fail,” Fortune Magazine, September 2014 4 IBM CEO survey, 2010). By doing this course you will strengthen your problem solving skill.

Creativity is the most important leadership quality, according to 1,500 CEOs from 60 countries and 33 industries surveyed by IBM (IBM, CEO survey, 2010). The old “command and control” leadership style has given way to the leadership that knows how to spark creativity and inspire innovation. By doing this course, you will learn how to lead in the 21 century. 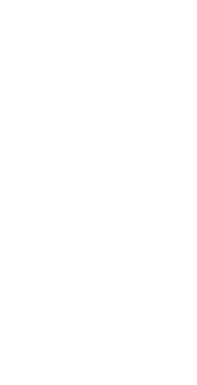 MASK is a UK registered charitable company No 1128734.