VIDEO of the Opening at the Saatchi Gallery, click here

"Governments in Africa don't support the arts in a way they should.  The MASK PRIZE is giving young Africans their humanity back", said Ibrahim El-Salahi at the Opening.

The 2014 MASK PRIZE was opened by MASK Patron, Ibrahim El-Salahi, the celebrated African Modernist artist, at the Saatchi Gallery in London on 4 September.

Corrie Wingate of the Anidan Childrens Home in Lamu said: "One of our pupils, Clement Mureithi, 9, won the Second Prize.  Before Clement won, our children wanted to do football.  Now, they all want to do art!"

The guests were also addressed by Francesca Wilson, Director of Education at the Saatchi Gallery, and Alla Tkachuk, founder of MASK and the MASK PRIZE. 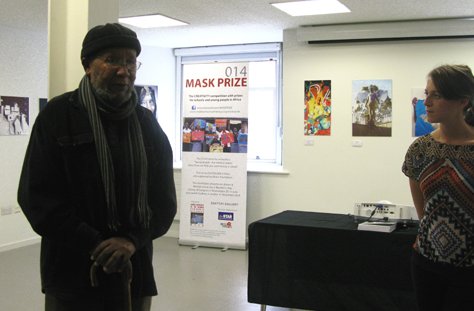 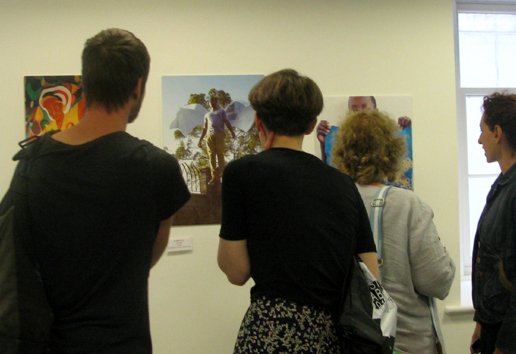 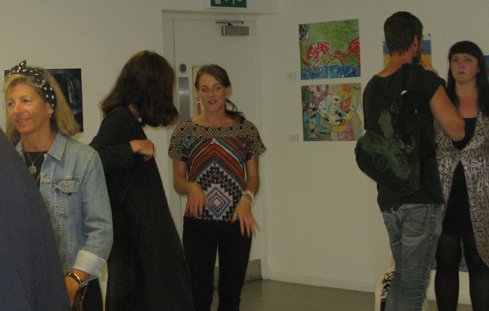 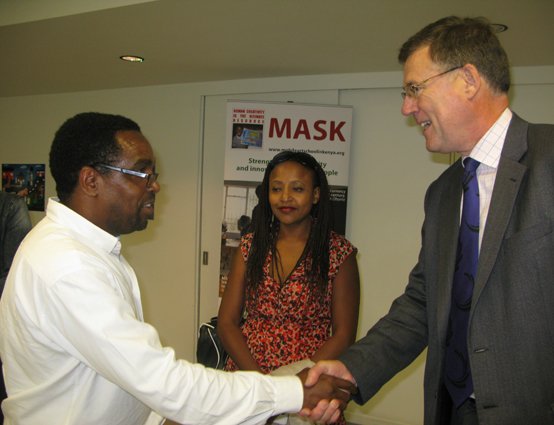