Creativity for a Better Future

The ability to think creatively and innovatively – to generate new and effective solutions and put them into practice – is key to preparing young people for the rapidly changing world.

In MASK Stories we celebrate the achievements of our community members – our former students and current participants – and get inspired by how creativity has helped them become successful artists, innovators, leaders, entrepreneurs and professionals.

'Creativity empowered me beyond belief'

Hellen attended the MASK Creativity Club at her school in a remote village in Kenya for three years, where she learnt how to practice her creativity and discovered how to apply it in real life. After finishing school, Hellen became a MASK volunteer, running a Creativity Club at a local school for deaf children.

Carrying on her education, Hellen then went to study analytical chemistry at college, where she invented a new domestic poison from a local plant. The results of the new drug were so successful that her college intended to patent it. "MASK developed my habit of innovating,” said Hellen. “I want to innovate everything now!"

After graduating, Hellen found a job at a pharmaceutical company in Nairobi. Within months, and at just 22 years of age, she was promoted to, “supervise an all-male team that had been at the company for years”. She credits her success to creativity: “coming to the job, I was able to suggest a few more effective ways of managing some aspects and got noticed.”

Soonafter, Hellen moved to an even larger company where she was responsible for the design of new analytical procedures, and received a higher salary and her own office. In her spare time, she joined a land-investment group and bought land dedicated to agricultural innovation. "MASK taught me to think outside the box,” she says, “to be entrepreneurial.”

Recently, Hellen beat 200 other candidates to land a job with Unilever in Nairobi. She explained: "80% of the questions asked by the interviewers were about problem-solving. They wanted to know how candidates approach it." When offering Hellen the job, Unilever’s Human Resource manager noted, "you stood out for your creative attitude."

Employers need motivated and high-performing creative individuals like Hellen. They know how to think outside the box, kick-start a new idea, and get a job done better. Hellen is confident in her future, and it is her creativity that ensures her success.

“I come from a small, remote village. Creativity empowered me beyond belief.”

'I make a difference'

Joel came from a disadvantaged background. He was brought up in a remote village in Kenya by a single mother who was, sadly, often sick and unable to work. Sixteen years old when he started attending MASK’s Creativity Club, Joel was with us for three years and made a lasting impression.

At the very first workshop Joel surprised both himself and us. Having painted a great picture, he exclaimed in disbelief: "I did not know I could do this!" Inspired by his unlocked talent, Joel soon became actively involved in the running of the Club. In fact, due to him, the Club became almost entirely student-run.

After finishing school, Joel found a small job sorting potatoes at a grocery store near Nairobi, but he didn’t leave MASK far behind. In 2010 Joel attended the MASK Creativity Camp, which was designed to encourage students to continue learning creativity after they had left school. Campers received a master-class from famous Kenyan artist, Kivuthi Mbuno, and attended an exhibition at the Nairobi Gallery. Along with other attendees, Joel also got to meet with the Kenyan Minister for Culture, William Ole Ntimama, and his Culture Director, Gladys Gatheru, and discuss the need to practise art in school.

Some time after the camp, we received an email from Joel titled ‘From potatoes to paint and brushes'. In it he told us that he had painted a mural on a wall in Nairobi, and had been commissioned by a local restaurateur to paint murals in his establishments. With the money he made, Joel rented a room outside of Nairobi that acted as his art studio and gallery. He would invite local people to come and visit, and gave children living in the area free art lessons.

Joel eventually had to go back to his village to look after his mother. "When I returned to the village, I noticed an unused borehole and land that belonged to a school. I offered the school's headteacher to start a vegetable farm on the land where the pupils could learn farming, the vegetables could be sold to the school for lunches, and the money raised could be used to take the children to the Nairobi Museum."  The Headteacher agreed and began paying Joel a small salary. Joel wrote: "People would be more creative if they took risks.”

At the same time, Joel also began teaching art to the children at the school. But he began by teaching the parents first: "I gathered the parents to tell them about the goodness of art."

As a matter of fact, teaching creativity to parents became MASK’s innovation inspired by Joel. He told us that when he started attending MASK Creativity Clubs in his school – where students learn to think outside of the box by practicing and experimenting through the arts – his mother had disapproved. She thought that art was a waste of time. "Now she’s seen the benefits of art and her attitude has changed. It is important to explain to parents how art, and creativity that art develops, improves their children's chances."

Over the following years, Joel started several small businesses. He started up a gym where he made his own equipment out of stones and pieces of wood, and had several young men paying to train with him. He also started a taxi company after repairing a friend’s old motorbike. Of course, he faced many obstacles along the way, but Joel is resilient and persistent.

And it’s this persistence that paid off. After a time, his village elders invited him to their meeting and asked him to give them 'good ideas' about how they can improve the community. This is a rare privilege, as young people (often 75% of the population) are excused from attending such meetings. This can make them feel frustrated, unvalued, and voiceless. In Joel's case, the elders noticed the young man's creativity and recognised its value. Joel felt empowered and engaged: "I am respected now! I feel I make a difference."

But it doesn’t end there. In 2012, Joel represented MASK at UNESCO’s International Institute of Educational Planning policy forum in Paris. From a podium, he spoke to a conference of 200 people, including ministers and youth representatives from around the world, including Kenya. The forum's organizing committee wrote: “Joel put an important issue on the agenda in terms of the role of creativity and art in education. It was great to see how Joel interacted with policy-makers and academics to get his point across."

"Before I started with MASK I did not know I was creative. MASK helped me to become an entrepreneur and to think outside the box. Creativity keeps my mind, spirit and emotions always engaged. I feel art develops good work ethics and discipline.”

'Art can take me to my destination'

Benson joined the MASK Creativity Club at a school in a small remote village in Kenya, when he was 14 and was on our programme for 4 years. He was an active member of the Club, displaying great initiative, ‘outside box’ thinking, and strong artistic creativity. He took part in our Summer Camp meeting with the Kenyan Minister of Culture relaying the Kenyan youth's needs for creativity.

"MASK Creativity Clubs helped me to express my ideas, some of them being about peace and beauty. In my spare time I make different paintings which my friends come to see. My dream is to study car engineering and continue with art too. I know art can take me to my destination," said Benson.

In 2013, one of his paintings, along with works by other MASK beneficiaries, was presented by MASK to Barack and Michele Obama at the White House in Washington DC, who replied:

“Dear Benson,
We would like to extend our deepest thanks for your kind gift. Your thoughtfulness and generosity are much appreciated. As our world grows increasingly interdependent, we look forward to working together to the benefit of all nations, and to strengthening the bonds between people across the globe.”

A year before completing his schooling, due to hardship he could not pay his school fee and thus finish his school. This was devastating to Benson. Luckily, one of his paintings was sold for a good sum at one of MASK exhibitions in Nairobi thus allowing Benson to pay the fees and finish school.

Soon Benson was accepted at the Nyandarua National Polytechnic in Nyahururu to study car enginnering. There he quickly gained a reputation for being the best at technical drawing. Having never been top of his class in school, Benson says, this gave him great confidence and self-belief.

Today Benson is employed by the Nyandarua National Polytechnic. His employers say: “Benson is a bona fide employee who has proved to be hardworking, responsible, honest and team player all around.”

'You helped me to develop my talents'

One day John, a MASK teacher, was stopped by a girl in the street. “Teacher! Teacher!” she called, running across to John. "Don't you remember me? I attended a MASK Club at my school!” This was Jane, a pupil from Naivasha town, Kenya.

She wanted to inform John that she is now making money out of her art and it is all because of MASK. “Local farmers ask me to paint paintings of wildlife for them and they pay me. Thank you for introducing art into my life. You helped me to develop my talents. I am very happy, and my parents are happy for me too!”

But that wasn’t all: “I have now moved to another school and decided to form a Creativity Club there too. I now teach art to my friends there!" she delightfully revealed. This was thrilling. Before Jane joined the MASK Creativity Club at her school, she had never held a paintbrush in her hand – and now here she was not only practicing art, but teaching it too!

Although, perhaps we should have seen the signs. Jane had already gained fame when Kenya’s leading national newspaper, The Daily Nation, came to write a piece on MASK Clubs. The centrepiece of the article was a big picture of Jane sitting on a floor painting, titled ‘Lessons from the Mobile Art School’.

What is most encouraging about Jane’s story is to not only hear that she has become an artist, but that she has become an entrepreneur of her skill too! Jane experienced the power of creativity to change lives, and was inspired to pass it on to others so that they, too, could develop their own ideas and opportunities. 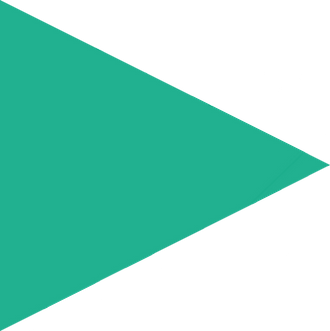 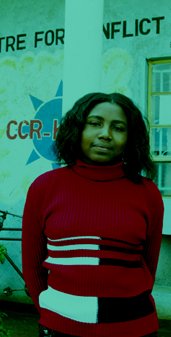 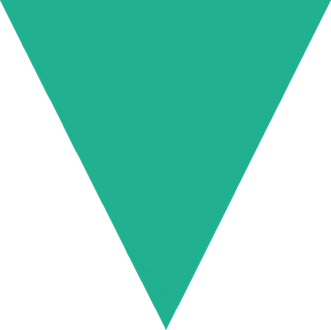 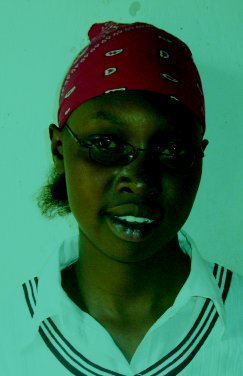 Creativity for a Better Future

MASK is a UK registered charitable company No 1128734