The Winners of the 2013 MASK ART PRIZE

More than 1000 artworks has been submitted by young people, 95 schools and 15 universities..

THANK YOU TO ALL WHO ENTERED THIER FANTASTIC ARTWORKS!

The  theme for artworks was ‘What makes you proud about Kenya?’ to coincide it with the Kenyan General Elections and the Kenya's 50th anniversary of Independence.

The artworks were exhibited at the:

Saatchi Gallery in London from 12  September to 7 October 2013, and

The artworks were seen by more than 90,000 people in Kenya and the UK.

Schools category (prize of 50,000 Ksh worth art materials) was shared by two schools: Rubiri  Primary School in Naivasha, and the Children of God Relief Institute, Nairobi

The 2013 MASK ART PRIZE has featured in the UK in Kenyan press and media, here

The exhibition was officially opened by the British High Commissioner, Dr Chris Turner, in presence of more than 300 honorable guests, children, and teachers and at the Prize-Giving Cermony  at the Nairobi National Museum in Nairobi, Kenya on 11 June 2013.

The exhibition was curated by Watson Kanyi, Raymond Mutisya, and Valery Macaranga.

Prizes were awarded by Alan Rivers, the Founder of the Rivers Foundation.  The exhibition was visited by more than 4,000 Kenyan young people.

PICTURE BELOW: The Winners and the British High Commissioner in Kenya, Dr Turner,  at the Opening

The exhibition was opened by Michael Craig-Martin, one of the world's most renowned contemporary artists, and Francesca Wilson, the Education Director at the Saatchi Gallery

'The UK young people who come to the Gallery's workshops say that the Kenyan young people's artwork is amazing. They are influenced by these artworks!  It was great working with MASK.'  Francesca Wilson, the Education Director at the Saatchi Gallery, right  in the first picture below.

'This is important work for the future of East African art.  It attracted very young people.  What struck me from the submissions is that all 3 prize-winners are about place, all of them locate something.  Its very telling that this is the most vivid thing for them, and therefore their art is very vivid for us. I congratulate the MASK PRIZE organisers.'  Michael Craig-Martin, below: 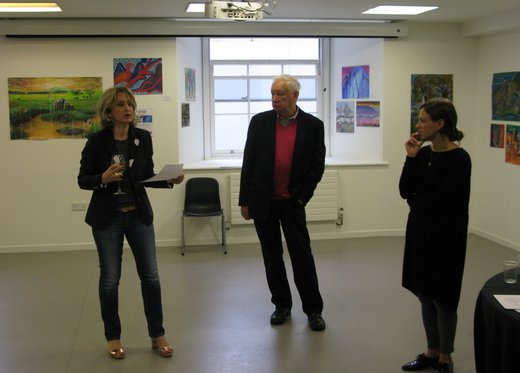 Opened by Margaret Lesuda, the Education Attaché from the Kenyan High Commission in London, Touria El-Glaoui, the Founder of the African art fair, 1:54, and Major General Roddy Porter MBE, the Director of the Royal Overseas League. 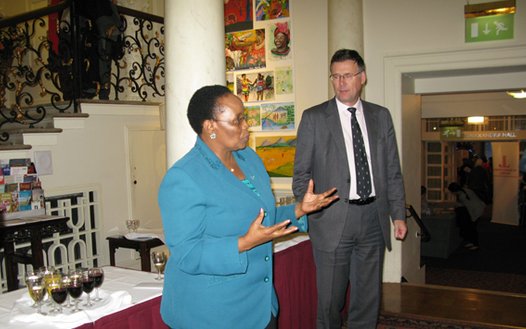 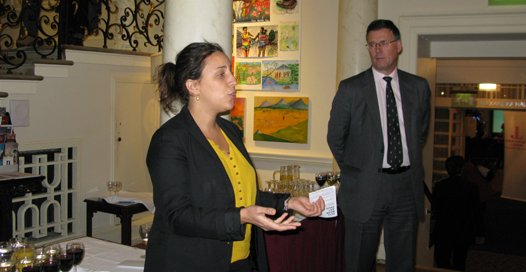 Touria El-Glaoui, the Founder of the African art fair, 1:54